Chris and I wanted to do something fun (and cheap) for Memorial Day so we started brainstorming things to do in southern Connecticut. I recently came into some money (my mother-in-law slipped me a ten) and it was burning a hole in my pocket, smoldering in anticipation of some treats or books. I suggested Niantic, home of the charming and extensive used book store, the Book Barn. We had been once before in undergrad on a spring break trip to New Haven and I had been daydreaming about it ever since. (Those wild and crazy college years.)

It’s literally a barn full of books with outhouses and sheds that are also full of books. Paradise. They even have four other regular stores on Niantic’s main street because of the overflow. I joked to Chris that they’re probably bankrolled by a hoarder millionaire. 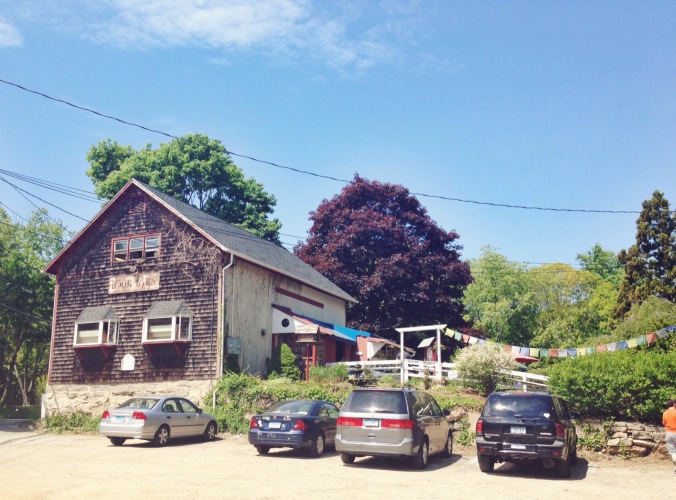 Since we are grad student p-o-o-r, I usually don’t buy books anymore. I felt like a princess with this money earmarked to be spent only on me, mother-in-law’s orders. But I also felt enormous pressure to make exactly the right purchase because I probably won’t be able to make another one for another decade, at least. Very serious business. (Get to the point, Julia.) Yes, anyway! My strategy is to get books I love and want on our bookshelves or books I know are good to have even if I haven’t read them. I struck out on two of my most coveted read and loved books (no one gets rid of their Nunnally Kristins or Brideshead, for good reason!) but I found Till We Have Faces and am so happy to finally own it. I added In This House of Brede, Gaudy Night, and The Power and the Glory and felt like I made decent decisions. 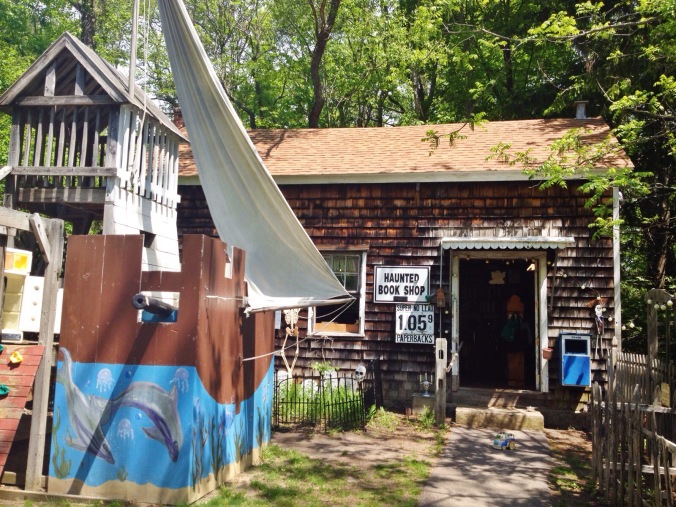 In front of the mystery shed

While I hemmed and hawed in the fiction shed, the Chrises explored the rest of the place. They visited the resident goat, the turtle pond, and then went to look at the doggie books to provoke some woofs from Christopher. He also woofed at the goat. We’ll work on that. I took charge of the buddy for a bit and he was very happy to find an oversized chessboard to proudly filch pieces from. Unfortunately, when you have giant chess pieces in your hands, it’s difficult to catch yourself when you fall down and down he went. I picked him up and just saw blood all over his mouth. It was traumatic. Thankfully, he just split his lip and after a brief calm down in the parking lot, he looked like he was from Whoville but was happy to see the goat again.

I gave him a disaster haircut on Sunday and I was thankful for his hat. He’d be quite a sight with his fat lip and uneven bowlish cut. 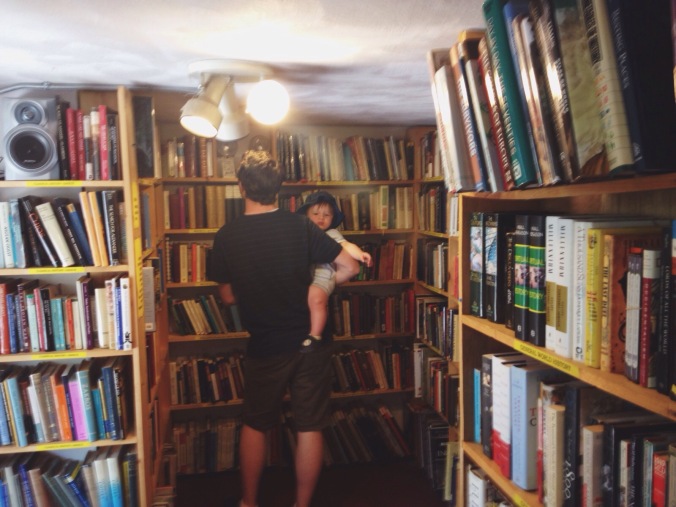 We checked out the basement of the barn and partook of their free snacks (best place ever) before checking out and heading to our picnic by the boardwalk. We made it to a grassy hill after an unexpected death march across the beach and set up shop.  Chris made our signature Really Oily Yes That’s Coconut Oil grilled cheeses that remind us of our honeymoon in Ireland. We had a particularly lovely day at Glenveagh in Donegal (where Chris took the picture in the header of the blog!) and packed some of the most delicious grilled cheeses we’ve ever had. Since Memorial Day was also our anniversary, we thought it a fitting celebration.

We ate greedily while Christopher would toddle a few feet, play, and come back for bites of food. On one return trip, I spotted a bug crawling on his leg. It.was.a.tick. We were in EAST LYME DISEASE, CONNECTICUT and there was a tick walking along on my child. It hadn’t bitten him but it freaked us out enough for us to pack up and head back to the car. (I almost named this post “Putting the Tick in Niantic”. You’re welcome.)

The town’s little Memorial Day parade was about to start so we parked out of the route so we could get out of dodge if toddler necessities arose and walked down Main Street to visit two of the other three Book Barn locations. The parade was very sweet and reminded me of why Wendell Berry-esque localism captured my imagination. The high school’s marching band lead the parade, which included old cars, some tanks, and a fair number of large-headed little tee-ball players.

The other locations of the Book Barn had an amazing number of children’s chapter books I hope to revisit when the time comes and some great theology books too. The cashier at the theology location was quite the character, naming a whole line of medieval popes in order including Pope Formosus, who was exhumed and put on trial after he died. Christopher started grumping so we headed out the door, only to stumble upon Christopher’s favorite part of the parade: the fire trucks. 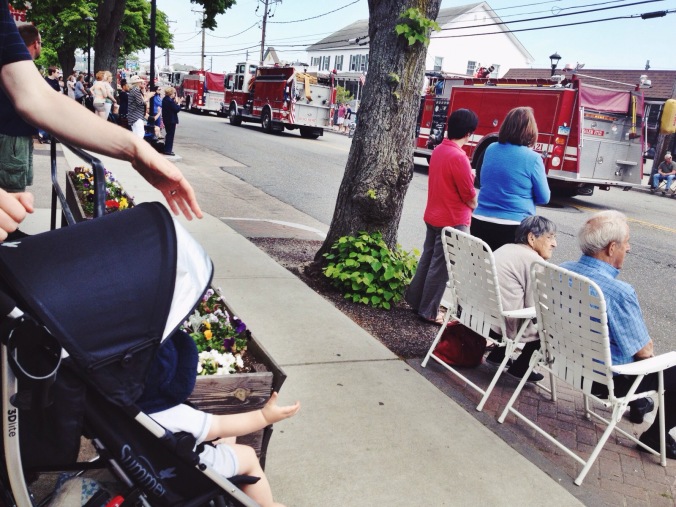 We headed back home and ended the day with hamburgers, chocolate shakes, and Terminator 2.

One thought on “Memorial Day in Niantic”